+34 942 20 16 16 ihfoam@ihcantabria.com
IHFOAM has been validated for a large number of cases which include the most important processes in coastal engineering. For the full details see the References.

3D dynamic pressure induced by a solitary wave on a vertical structure:

As presented in del Jesus (2012): Three-dimensional interaction of water waves with coastal structures. 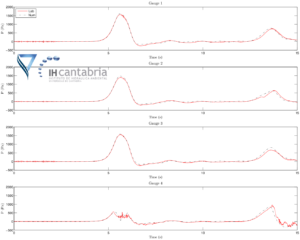 As presented in Lara et al. (2011): Reynolds averaged navier-stokes modelling of long waves induced by a transient wave group on a beach. 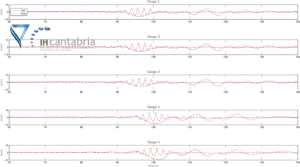 3D breaking of a solitary wave:

As presented in  Swigler  (2009): Laboratory study investigating the three-dimensional turbulence and kinematic properties associated with a breaking solitary wave.

Rip current on a barred beach:

As presented in Dronen et al. (2002). An experimental study of rip channel flow. 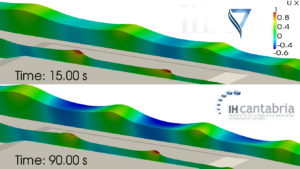 Run up on a conical island:

As presented in Briggs et al. (1995). Laboratory experiments of tsunami runup on a circular island. 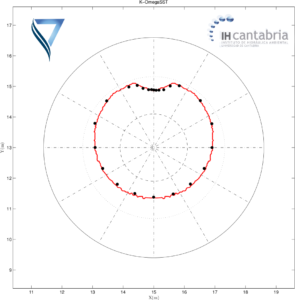 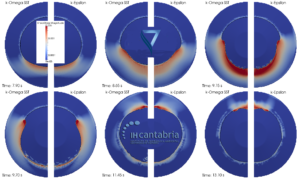